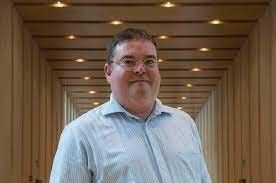 Professor and Senior Forensic Scientist, Netherlands Forensic Institute, University of Amsterdam
Zeno Geradts is a senior forensic scientist at the Netherlands Forensic Institute of the Ministry of Security and Justice at the Forensic Digital Biometrics Traces departement. He is expert witness in the area of forensic (video) image processing and biometrics such as manipulation detection on deepfakes. Within the team Forensic Big Data Analysis he works in research on artificial intelligence on text, images and video. He worked within the European Project ASGARD on Forensic big data analysis. He was President of the American Academy of Forensic Science 2019-2020 and  chairman of the ENFSI Forensic IT Working group.  Since 2014, he is full professor on Forensic Data Science by special appointment at the University of Amsterdam for 1 day a week. He is active in forensic science since 1991 and has received several awards including the Distinguished Forensic Scientist award from ENFSI in 2012.
Sessions